You are here: Home / Archives for Seminum 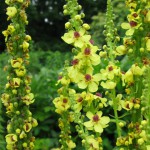 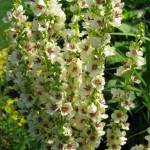 (P) to 3′.  Central and eastern United States.  An ethereal form of the Purple Coneflower with thinner, languid, elongated petals of the softest pale pink.  Sun.  4 & T2

(A) to 3′.  Yellow Bee Plant.  Western US.  Along erect stems are widely spaced palmate, compound, leaves made up of three to five small leaflets.  Showy, four-petalled, saffron yellow flowers crowd together in a dense, terminal raceme.  Each flower has oblong petals around a cluster of long, slender stamens. This long-flowering plant may have blooming flowers at the top of the stem and ripening seed capsules dangling off the stem further down.  A great food source for bees, wasps and butterflies – rich in nectar and pollen.  Spring to summer blooming.  Sun.  PC- weeks, 3 & T2

(P) to 5′.  Yellow Giant Hyssop.  South Canada to Southeast US.  Whorls of tiny, greenish-yellow flowers closely packed into five-inch terminal spikes appear on stiff, square stems. Toothed, arrowhead-shaped leaves are up to five inches long. Whilst the leaves lack the strong smell like other species in the mint family, the bitterness of its leaves make it deer resistant.  Tolerant of summer heat and humidity, this late summer bloomer is a favourite of bees, butterflies, and other pollinators.  Grows best in rich, open woodlands. Sun/partial shade.  4 & T2

Hardy bulb to 16″.  Lavender Mountain Lily.  Asia minor, Afghanistan and Syria circa 1821. This deer- and-rodent resistant naturalizer has slender stems topped with loose umbels of a dozen or so flowers that range from light to deep violet-blue flowers with paler mid-veins and grass-like foliage. They start funnel-shaped and then open into large star-shaped flowers. It makes a terrific cut flower.  Sun, well-drained soil.  A star at the Order Beds.  Blooms late-spring.  3 and 40º for 2-3 months, then T1

Tender bulb to 2′.  Society Garlic.  Southern Africa. The genus was named for Ryk Tulbagh (1699-1771), one time governor of The Cape of Good Hope.  Clump-forming, narrow, strap-shaped, gray-green leaves to 12 inches tall have a strong garlic smell when bruised. In early summer, flowering scapes rise bearing terminal umbels of sweetly fragrant, lilac-pink flowers. Each flower is comprised of six narrow tepals, tubular at the base that open to a star shape. A characteristic of Tulbaghia is the modified “corona” in the centre of the flower.  This is a raised crown-like structure, but not “entire” like the trumpet of a Daffodil, this corona has only three raised fleshy protuberances on three of the tepals in the centre of the flower.  Flowers and leaves are edible and may be used in soups and salads.  Long lived in a pot.  Sun.  3 & T2

Tender bulb to 1″.  Eastern Europe to Central Asia.  Dainty, six-petalled flowers of pale pink to rosy lilac appear in early spring from stout, horizontal, underground stolons.  The linear, grey-green leaves appear after flowering and die back during summer dormancy.  Best grown in a pot to view at eye level .  Sun.  3 & T3, then may need 40º for 2-3 months.